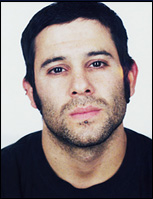 Joe La Penna grew up in Long Beach, New York. He received a BA in Theater Arts from SUNY, New Paltz and studied film at City College of San Francisco. Most of his film training is self taught, gaining experience from working on such programs as Discovery Channel's While You Were Out, and NBC's The People's Court. Additionally, he has worked on numerous music videos and independent films. La Penna spent 6 years in post-production as an assistant colorist for The Image Group, New York.

As a filmmaker, La Penna draws most of his inspiration from everyday life and prefers to tell the simple, real-life stories that are often overlooked. His two-minute short film, "The Rape," is a poetic expression of the pain and trauma that result from one woman's rape. The film debuted at the Playboyshorts.com Film Festival in 2000 and was soon after purchased by Hypnoticfilms.com. "Meemo," shot in 35mm, was also written, directed and produced by La Penna, and won numerous awards. He recently won first runner-up at the Midnight Movie Madness competition for his horror short, "Video Stream," which was shot on the Panasonic 24P camera in October 2004.

With his Sony PD150 at his side, La Penna is currently working on two documentaries. The first centers on his uncle's involvement in the Vietnam War. Enlisting at the young age of 18, and coming out of the horrifying war more of a man than most his age, Tom Parker struggled to maintain normalcy and create a new life in Long Island. Through hundreds of rare slides and photos taken by his uncle during the war, La Penna contrasts his Uncle's war history with images of his serene present day life. Retired from the Long Beach police force, Parker spends a great deal of his time fishing by himself off of his dingy in the bay or from the jetties back in his home town of Long Beach.

His second documentary, "Free Flight," chronicles the life of pigeon enthusiasts who race, show, and fly their birds off rooftops in New York. Growing up with a father who started breeding and raising birds at the age of 10 in East Brooklyn, La Penna has always been intrigued with their addiction to this unique hobby, a hobby that saved many from involvement in New York's dangerous street life.