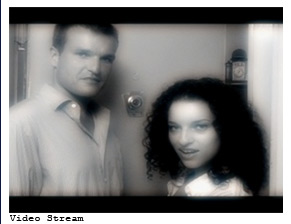 Shot on a Panasonic 24P camera in October 2004 for the Midnight Movie Madness competition, "Video Stream" took first runner up in the horror genre.

In his late twenties, Nick makes his money providing live video streams of girls in New York for his clients in Russia. What these girls don't know is that cameras he cleverly hides in their apartments are illegally videotaping them. Business is doing well until a new girl moves into his building. Due to unforeseen circumstances Nick is forced to shut down the video streams. Problems begin to mount quickly for Nick, as he receives pressure from the Russians to put the site back up and other issues become life threatening.